What To Do If You Fail An Exam Or Test 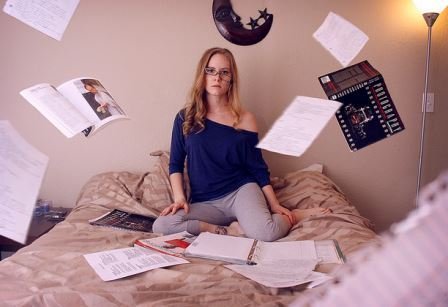 Here are some things to do if you fail a test:

Don’t take things too hard on yourself
Hey! Have you seen anybody who hasn’t failed at something before? Anybody that hasn’t failed anything hasn’t tried anything. Failure is part of life, but what makes us successful is how we manage failure. Do you let failure create your experience or do you create your own experience. You failed–so what, it’s not the end of the world. Oh! Have you forgotten that no matter how screwed you think you are, you are still better than somebody out there?
Do not compare yourself with others
Maybe you failed because you screwed-up, accept it and move on. Move on to doing things right. Move on to the other edge of the rod that is defined as success. Comparing yourself to others wouldn’t make moving on easier.

Identify what caused you to fail

If a doctor doesn’t know the cause of a sickness on a patient, how would he treat the patient? Was it a health problem? Did you miss the exam? Look at your inner self and find out where you have gone wrong or what went wrong. Be wary of blaming others for your failure.
Have your paper remarked
You could have your paper remarked if you strongly believe there was an error made when marking your it. However, you should know that it comes with positives and negatives, so be sure before you make your decision.
I’ve seen lots of students that had a better grade after their papers were remarked.
Resits
There is nothing better than a second chance to redeem your name. Resiting an exam and having an “A” is better than having a “let my people go” grade(D).
Seek for alternatives
For example: you can write the SAT if you are seeking to apply to schools abroad, and use it in place of your WASSCE result(for those from West Africa).
Seek for help
It’s always good to learn how to swim from somebody who can swim, instead of throwing yourself into the water and trying to do it yourself.
Seek help from those who did well in the subject you failed. Seek help from your teachers. Seek for help online by watching tutorial videos, etc.
See your teacher
Explain your situation to him or her. There is nothing to be shy of. He or she could give you the ultimate advice or help you need.