Top 10 Universities in Finland According to Google (2015)

There are many good things about studying in Finland. Listing a few:

If you’ve decided to choose Finland as your higher education study destination. Choosing a suitable university is the next step to follow.

Most students choose schools based on popularity or ranking. If you’re one of them, Google has a feature that’ll help you make the right decision.

Google’s ‘frequently mentioned on the web’ ranks universities in Finland according to their popularity (mentions) on the web. This is similar to the methodologies used by ranking systems like:

The only difference is:

Google’s is better-it’s the biggest search engine in the world after all.

If you search for “top universities in Finland”, you’d see this:

Note: Because Google is ever awake, the positions of institutions ranked according to the ‘frequently mentioned on the web’ feature could fluctuate. But the first 10 institutions are very likely to be stable.

Here are the top 10 universities in the Finland according to Google: University of Helsinki no doubt deserves the top spot.

I’ve heard good reviews from people who’ve been to its campus. It’s ranked among the world best universities by various popular ranking organisations such as:

University of Helsinki was founded in 1640 and has a student population of more than 36,000. This makes it the oldest and largest university in Finland .

University of Helsinki also offers the widest range of disciplines in Finland. 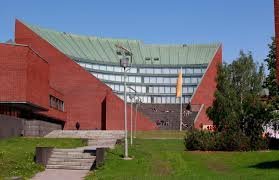 Aalto University was founded in 2010 as a merger of 3 Finnish universities that were over 100 years. They are:

The unification of these 3 universities was meant to foster multi-disciplinary education and research.

Aalto University has an entrepreneurship society that is one of Europe’s largest.

This entrepreneurship society has raised over US$36 million in funding since 2010. Most of this funding came through its Startup Sauna accelerator program for startups.

With over 19,000 students and 5,000 staff members, Aalto University is Finland’s third-largest university.

The University of Eastern Finland was formed in 2010 through the

joining of 2 universities. They are:

In the International Student Barometer published on 6 April 2011, international students consider the University of Eastern Finland as the best university in Finland. This is in terms of the teaching staff, research, and performance feedback. 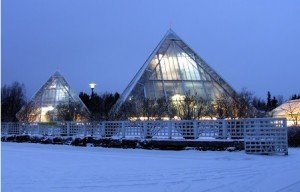 University of Oulu is one of the largest universities of applied sciences in Finland. It’s a public university with about 16,000 students and 3000 staff.

The Academic Ranking of World Universities (ARWU) ranked it among the top 500 universities in the world.

The University of Turku is the second largest university in Finland in terms of local and international student enrolment. It has about 20,000 students that include about 5000 postgraduate students.

University of Turku has participated in many research projects in the Peruvian Amazon.

It is also a member of the Coimbra Group (CG), an association of long-established European multidisciplinary universities of high international standard. The Academic Ranking of World Universities (ARWU) has ranked University of JyvÃ¤skylÃ¤ of among the top 500 best universities in the world. It’s known as the second largest university in Finland when measured according to the number of Master’s degrees conferred.

University of JyvÃ¤skylÃ¤ is also involved in student exchanges with more than 360 universities around the world. 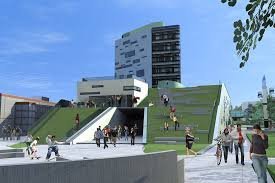 Tampere University of Technology (TUT) is Finland’s second-largest university in engineering sciences. It focuses on research and specialises in technology and architecture.

TUT combines a strong tradition of research in the fields of natural sciences and engineering with research related to industry and business.

TUT have strong ties to technology giants such as Nokia. In fact, its campus is close to a Technology Centre called Hermia, including a large Nokia research facility. 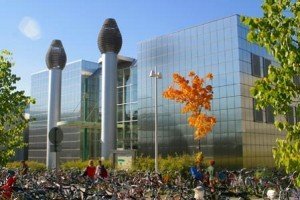 The University of Tampere (UTA) is situated in the 3rd biggest city in Finland.

It’s a public University founded in 1925. It was formerly known as Civic College when it was founded before its name was changed to the present name.

The University of Tampere believes in academic freedom, creativity and social responsibility. It believes everyone has an equal right to learn, to acquire knowledge, to participate and to make an impact on society.

The University of Tampere has more than 15,000 students enrolled into degree programs and 2,100 employees.

It collaborates with the City of Tampere, Tampere Region and other higher education institutes in the area such as Tampere University of Technology. 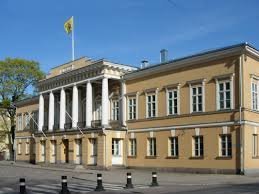 Abo Akademi University was founded in 1918. It is the only university in Finland with a strong Swedish environment.

Most of the students at this university, regardless of original language, will be functionally bilingual when they graduate.

Abo Akademi University also participates in student exchange programs with universities around the world, and offers various opportunities for a double degree.

This university has over 7941 students, which include about 1000 international students.

It shares a campus and some parts of Turku Science Park with the University of Turku. 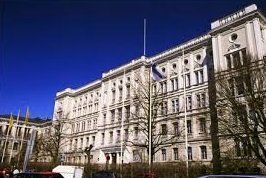 There are about 1000 internationals students from over 90 countries at Helsinki Metropolia University of Applied Sciences.

Finland is a nice place to study abroad. If you are interested in applying to any university in Finland, here’s how to do so.