Shree Bose is one of the winners of the first ever Google Science fair competition (17-18 years category). She won the competition in 2011, from her research on the Chemotherapy drug Cisplatin. 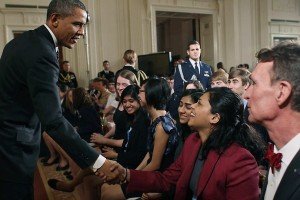 Shree Bose is currently a Harvard undergraduate, and a co-founder of Piper — an awesome product-which she spoke about in our interview.

Giovanni: Tell us a little about growing up

Shree Bose: I grew up in Fort Worth; Texas, as the younger of two siblings and the daughter of an Indian, who had come to the United States to make a better life for us than what they had. As an engineer, my dad chose to start his own company, and so I grew up watching both my parents work extremely hard, which pushed me to always try my best in everything I worked on as well.

Shree Bose: I think my biggest role model is actually my older brother, Pinaki, who is two years older than I am. I grew up learning everything I know about science from him, and it was really his fascination and excitement that inspired me to get involved in science as well. His wisdom and just being an incredible older brother, is something I admire even till today.

Giovanni: How did you learn about the Google Science Fair completion?

Shree Bose: My dad was actually the first person that told me about the Google Science Fair. He had seen this little ad on the bottom of the Google homepage, which he showed me. The banner read “Introducing Google’s first ever science fair,” and since I was already doing research for my own interest, I knew I wanted to enter and be able share my work on such an incredible platform.

Giovanni: What was your biggest motivation to join the competition? Was it the price, experience or what?

Shree Bose: I think my biggest motivation to join the competition was just the fact that I was really excited about what I was working on, and the competition seemed like a really great way to be able to share that research. I’ve always really respected Google for their great products and their policies as a business, and I was excited to see what sort of platform this science fair would provide. Since it was free, there was really no price, and I was just really excited to be able to take part in the first year of the fair and just even enter my project.

Giovanni: Did you believe you had a chance at winning, and why?

Shree Bose: I actually remember thinking that I had no chance of winning the competition! It was almost funny at some point, since during the public demonstrations of our projects, I was surrounded by these brilliant students who were showing off robotic arms and amazing research. I really didn’t think I haa a chance, and honestly, I think that let me relax and not think about the event as a competition and rather as a really fun way to get to know my fellow finalists and show what I was working on. I think that worked for me.

Giovanni: Did you face hurdles because of your ethnicity during the competition?

Shree Bose: To be honest, I don’t think my ethnicity had much bearing during the competition. The Google Science Fair is structured in a really brilliant way, with a panel of judges who really discuss each of the projects and the students, so discrimination is really not an issue, and the award decisions are very fair which I respect about the fair.

Giovanni: What is the most thrilling thing about winning the competition?

Shree Bose: I think the most thrilling part of winning the competition was really the incredible whirlwind of opportunities which came after. I had the chance to meet President Obama twice, I was one of Glamour’s Amazing Young Women of the Year in 2011, and I just had the chance to travel around the world speaking to kids and huge audiences, getting more students excited about science. Those experiences have tied into everything I’m working on now.

Giovanni: I see you’ve been into a lot of cool things lately, notable of them is Piper. Can you tell us something about it?

Shree Bose: Definitely, I think Piper is the project I’m most excited about at the moment, since it’s really grown from a personal place in being involved with science and research throughout my entire life. As a STEM advocate in my speeches, I started noticing a distinct lack of really easy, fun ways to get involved with technology. So when I met Mark, a recent Princeton graduate who was creating kits to distribute technology, we partnered to make add an education element in a really fun way. 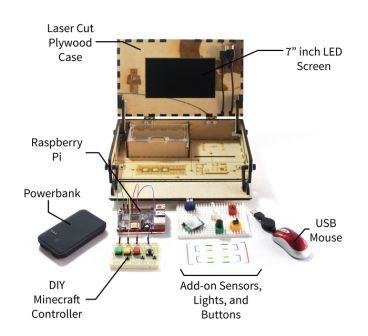 So Piper is a toolbox for kids to start building electronics and playing with hardware technology through playing Minecraft challenges. We recently launched on Kickstarter, and we’ve already gotten over 1,000 orders, and garnered some really awesome press. We’re trying to keep it going in the last few days!

Giovanni: Lastly, any tips on how to win the Google Science fair competition?

Shree Bose: And finally, there’s definitely no formula I can provide to be able to win the Google Science Fair, but the best advice I can actually give would be to pick a topic that you really love. The projects that come from a really personal place can often be the projects that you will work the hardest on and that is really what it comes down to. For me, it was my grandfather passing away of cancer, but I think everyone has something that fascinates them, and those make for the best projects.  Passion comes through.

To know more about Shree Bose, you can visit her blog, or follow her on Twitter, or Google plus.

21
Send this to a friend