Update: WAEC Releases May/June 2017 WASSCE Results And What We Learned

It’s that time of the year again when students who wrote the 2017 May /June WASSCE are either left happy, sad, or disappointed in their performance.

18/07/2017 23:00 GMT: I’ve just received a reliable update from the official WAEC Nigeria twitter handle about  the May/June 2017 WASSCE results. It appears WAEC has released the results for candidates in Nigeria.

19/07/2017: 07:48 GMT: According the Vanguardngr, Mr. Olu Adenipekun who was appointed in 2015 to head WAEC Nigeria made the following announcements about the statistics of the May/June 2017 WASSCE in Nigeria:

Out of the 1,559,662 candidates that sat for examination, 59.22% achieved 5 credits or more (including in English and Mathematics). This represents a 7% improvement in the number of candidates that achieved similar feat last year.

214,952 candidate results were held for cheating.

This year’s figures show a slight improvement from last year.

WAEC further noted that the entire results of candidates from 185 schools have been withheld, pending conclusion of investigations into malpractices detected during and after the examinations.

I’d update this article as I receive more updates.

I failed the WASSCE, what do I do?

Keep calm. Failure is a part of life and you shouldn’t run away but rather embrace it as it could teach you valuable lessons that’d help you reach greater heights. I’ve got an insightful article for those who failed or achieved poor results on the WASSCE.
I’ve also spent dozens of hours creating a definitive guide of over 4000 words on how to pass the WASSCE. Please read it and I’m sure it’d help you as it’s helped thousands of students. 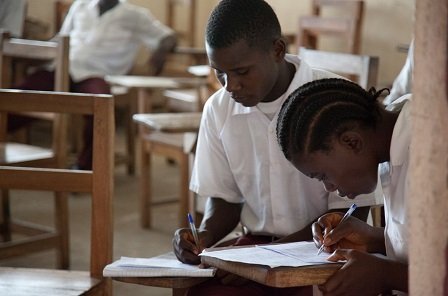