As a country, Oman was kept closed from the rest of the world for a long time. For many years, the country suffered a shortage of qualified workers due to its poor infrastructure and educational facilities. It was only after 1970 that the country’s economy opened up to the rest of the world, resulting in its progress and development. The country even welcomed expats from all over the world to make the most of the opportunities presented by it.

Oman has been successful in keeping itself in line with the development happening all over the world. However, there are certain challenges faced by the expat population with regards to jobs in Oman. The following post will throw some light on this issue.

Although you will find expats working in Oman, the government tries to make sure that the Omani nationals get equal opportunities for employment. Earlier, Oman relied heavily on expat population to assist in the economic development because of lack of skilled labor readily available within the country. But this has changed over the years since the government has made great efforts in improving the education scene of the country. Now, more and more efforts are being made by the government to reduce the unemployment rate of the Omani nationals. While, expats are still allowed to enter the country for employment purpose, their numbers are however, kept under strict scrutiny. Expats are allowed in only on a temporary basis, and they are not allowed to buy property which poses as one of the biggest challenges for those who want to settle in the country.

According to a survey conducted by the Oxford Strategic Consulting group in 2015, it was found that the following five sectors are the most preferred for employment amongst the Omani nationals. The survey took inputs from 300 Omani nationals under 30 years of age.

In coming years, we can expect to see tremendous growth in the above-mentioned sectors since the Omani government has realized the importance of diversifying the country’s economy.

As far as the expat population is concerned, many people continue to believe that it is going to contribute greatly to the economic development of the country. However, there is no denying the fact that things are not going to be as easy for the expat population as they were earlier. The country will continue to offer great employment opportunities but with strict government restrictions, one cannot think of settling permanently in the country. 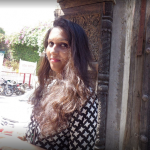 Megha Raizada is a professional writer working with the premium job portal Naukrigulf.com. She has a keen interest in the global job market, but also loves to keep a track of everything interesting happening around the globe. When not writing or browsing the Internet, you will find her creating furniture out of used tires. You can reach her at Twitter and Google+.