The allure of joining a startup after graduating (or even before) is difficult to deny. We have all heard stories of insane success and interns who ended up owning stocks worth millions. We have all heard about startups where everyone is young and cool and has beer on tap at their desk.

Unfortunately, things do not always turn out to be this fantastic, and getting an internship or a job at a startup can be a whole different story; a story that will be far more sobering than this fanciful media portrayal of a startup. 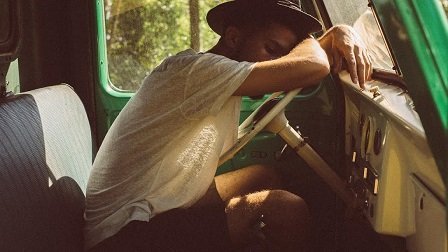 The first thing everyone notices when they first get a feel of the startup ecosystem, is that it is unbelievably chaotic. There are twenty tasks to take care of every day and there is only time for fifteen. After a couple of days, the number of tasks is just overwhelming and everything has to shift.

There are always financial pressures because an investor is threatening to leave and everyone is on edge about it. There is always someone there who has been working for eighteen hours for the last six months and is ready to burn the place down.

For someone who has only now graduated and who is looking at their first internship, this can be a bit too much. Sure, there are some people who thrive in such an environment, but if you planned to ease your way into the working population, a startup is probably not the best choice.

The Amount of Work Is Insane

Startups usually operate in a very limited time frame. Often times, their financing is actually based on delivering a product or a service at a certain date and showing that this product or service actually works. Even when this is not the case, they usually have a limited amount of money to burn through, after which it’s closing time unless they attract new investments or make their startup profitable on its own, which is incredibly difficult to do, by the way.

The ultimate result of this is that there is so much work to do. The fact that they only have a limited number of people and that mistakes are often discovered way too late in the process does not help. Often times, startups need to pivot in order to survive, which usually means all of the work that was done up to that point is worth nothing.

There are startups where the situation is somewhat eased by the fact that they use certain types of software such as Active Collab that can help them organize their projects better, but this does not make the work go away. If you are not prepared to put in some very serious work, maybe a startup is not your ideal workplace.

Your Salary Will Be Rubbish

Like we mentioned already, startups are barely staying afloat and one of the consequences of this is that there is not enough money to go around. In fact, more often than not, everyone working in a startup is working for stock options and they do not see a salary until the startup becomes stable, which often takes more than a year.

Being given stock options and other alternative ways of compensation may seem attractive and you might think that this is a ticket to wealth once the startup succeeds, but this is much more complicated than you would think. Even if you happen to land a job at a startup that eventually makes it, due to complex ways stock options are handled within startups, you may end up with far less than you expected.

In short, if you are looking for a decent, regular salary, look elsewhere.

Okay, you might end up unemployed no matter what kind of company you get a job with. That being said, if you work for a startup, your chances are increased manifold. Simply put, startups fail. The success rate for startups is actually very low as there are innumerable things that can lead to their demise. There are many organisations around the world which try to help young companies survive and grow, but the realities of business are such that many of them are bound to fail.

While it is highly unlikely that you will be staying at your first job forever anyway, it is still not that great finding yourself without employment without any notice. It can be discouraging and some young people sour from finding any job in a company that has not been around for decades.

While working for a startup can be an exciting challenge for some, for others, it is nothing but woes and uncertainty. In the end, it will all come down to the type of person you are. The important thing is that you have been warned.

Author Bio: James D. Burbank has always been interested in the ways technology is changing our world, especially when it comes to education and business. If you have the time, check out his blog —BizzMarkBlog.

4
Send this to a friend