Being a Millennial has its many perks. This generation has been challenged with things like, “Be the generation that ends smoking,” and be the generation that questions the government towards equality for women in the workplace. They’ve invented terms like “selfie” which in a few years back would have seemed silly, but in today’s social media society; it is a groundwork for advertisers, government officials, etc.

With all this success on their back, how do this generation end up on the short end of the stick? Here are a few reasons Millennials face debt and have severe money problems, as well as ways to which they can remedy these, or possibly avoid them all together.

Being too frivolous with their money

Here’s the thing, having nice things to show off is most likely near the top of every millennial’s list. With fancy new smartphones, designer clothes, credit cards for nearly every store or online hub, etc. the list goes on and on. The truth is that, this generation loves to spend money. They love shiny new things and they love to show it off via social media. Some of them even make a living off posting expensive clothing or accessories to the masses, hence the obvious reason they continually run into debt. But there’s a smart way to spending money wisely. If shopping is your thing, look for online coupons, for places like Hot Topic, and other popular stores, so that you sure you’re are at least saving money. Take on too much debt

This isn’t honed in on student loans any more. This goes for almost everything. While student loans play a huge role in why this generation has debt, it is not the only reason. Many according to Forbes, state that most Millennials still live at home with their parents, and that the reason they run into debt is not just because of student loans, but it’s actually worse. They go on to say that majority of these Millennials still live with their parents as most of them are unable to complete their college education.

Expecting to make a big salary right out of college

Everyone is guilty of this, myself included. You spend 4 years on your degree and then you get your first job and reality hits hard. Many people can expect to make less than their salaries per year, and that’s on the high end. The best way to handle this is to start saving while in college, and make room for the possibility of a side job.

Moving to an expensive city

New York, San Francisco, and Miami. These three cities are very difficult to afford on an entry-level salary, especially for a millennial. While the job market may be flourishing in these cities and other great ones too, the reality is that the cost of living will outweigh any sort of social benefit or monetary check that a Millennial will most likely receive. The solution? Find a city that is up and coming, like Pittsburgh or Raleigh and start there. Gain work experience and build a more solid foundation before venturing off to a bigger city. 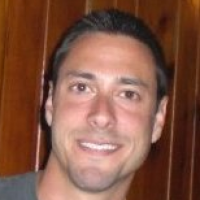 About the author: Justin is a finance professional and blogger who usually makes about $10,000 – $50,000 per month from his blog (sooverthis.com).

7
Send this to a friend