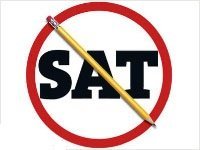 The College Board, a non profit association which administers the SAT test, has for the first time canceled an entire SAT test in a whole country. The country in question is: South Korea!

Reason for the ban

This action was taken by the College Board(and ETS) in response to information provided to ETS — the College Board’s vendor for global test administration and security — by the Supreme Prosecutor’s Office regarding tutoring companies in the Republic of Korea that are alleged to have illegally obtained SAT and SAT Subject Test materials for their own commercial benefit.

South Korea sent 72,295 students to study in the U.S. in the 2011—2012 school year, making the country the third largest provider of foreign students to U.S. colleges after China and India.

This is not the first incident of SAT cheating in South Korea. In 2007, about 900 students who took the SAT test in January of that year had their scores canceled by the College Board after an investigation found an unknown number of students had seen at least part of the test questions before the test was given. The latest incident, plus a string of scandals in the country over the past year that saw at least seven lawmakers accused of academic plagiarism, caused a South Korean national newspaper to question whether its citizens are unusual in their willingness to cheat.

According to education insiders in South Korea, cheating has been going on for years with cramming schools known as “Hakwons” mostly to blame.

Hakwons provide extra lessons and coaching to ambitious children, who give up their evenings, weekends and holidays to study and revise for crucial exams.

The College Board and ETS say they would offer the SAT in South Korea in June, but in the meantime, and out of fear of extra problems, there have been write ups of students flying to Japan and Hong Kong to take the test there in order to get their scores in time to apply for college in the U.S. this summer.