Known as a small country located near the Persian Gulf, Kuwait has often been sidelined by economists when talking about the immense developments that’re taking place in the entire region. But since the last few years, this exotic country has been quite successful in enticing people from all around the globe.

Be it in search of lucrative career avenues or the quest to get educated in global institutes that stand among the best in their fields, heads flock to this part of the world throughout the year. Being one of the foremost oil producers on the globe and among the prime high income nations in the Middle East, Kuwait has never seen a lack of investments in various sectors. One such field propelling economic growth in the country is the Education sector.

Recognizing education and training to be two mutually exclusive tools, the country is all set to make its education system truly efficient, to increase social innovation and sustainability on different fronts. Owing to the same, a lot of growth has been seen in the higher education services provided in the country.

The Division to Consider

Although earlier, the country wasn’t known for its state supported institutions, but the case has flipped to quite an extent. The foremost state sponsored institutions include Kuwait University, The Public Authority for Applied Education and training, Higher Institute of Theatre Arts and Higher Institute of Music Arts. Out of these, Kuwait University is the one with a widespread prominence.

Having seen its first set of batches back in 1966, Kuwait University is one of the oldest institutions in Kuwait. Since then it has developed and diversified to have a number of colleges and departments within its jurisdiction. Having over 15 scientific colleges, it offers a broad spectrum of programs in humanities and science at different levels of education, be it doctorate, graduate or undergraduate.

The major ones include dentistry, arts, education, engineering, pharmacy, medicine and law. This might amaze you, but of late, a news article unveiled it to be the 11th best university in the Arab region. This was based on due perspective from students, teachers and the infrastructure available during different courses.

Realizing the need of technical and vocational training in the country, The Public Authority for Applied Education and Training (PAAET) was founded to blend in several educational facilities together.

It is responsible for the development of national labor force and working towards the diversification of the national economy. In addition to this, there for sure have been a number of private universities and colleges that look after the educational needs of the crowd, be it in any sector.

Chaired by the Ministry of Higher Education, the Private Universities Council is the body taking care of all private colleges, institutes and universities in the country. It also ensures the conformity to different norms and stipulations for licensing these institutions.

Located in Salmiya, The American University of Kuwait is a co-educational liberal arts institution for higher education that functions independently. Be it the way to impart education, or the administrative structure, the operations are majorly based on the American model of higher learning. It includes two schools mainly, the School of Management and College of Arts and Sciences.

Offering degree courses in B.sc (Hons)- Computing, IT and Computing with Business, BA in Business Studies- Accounting, Economics, Systems and Marketing, along with Bachelor’s degree in English Language and Literature, the university is based in Al-Jabria.  It is a Middle East based institution that has gained immense ground in Kuwait’s higher education scenario.

There are probably a lot of names more to list, but this does prove one point. Kuwait has taken a rise with all these developments and growth that seems to go hand-in-hand with the economic development. It’s your chance to make the right pick. Put enough thought and undergo a thorough research at your end. 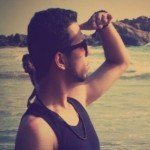 Author Bio: Anshuman Kukreti is a professional writer and a keen follower of the global job market. An engineer by qualification and an artist at heart, he writes on various topics related to education and employment across the Gulf. Reach him @ LinkedIn, Twitter and Google+.

Tags: study abroadstudy in Kuwaitstudy in kuwait for international students

2
Send this to a friend